How is a Baptist Church to be Governed?

How is a Baptist Church to be Governed? 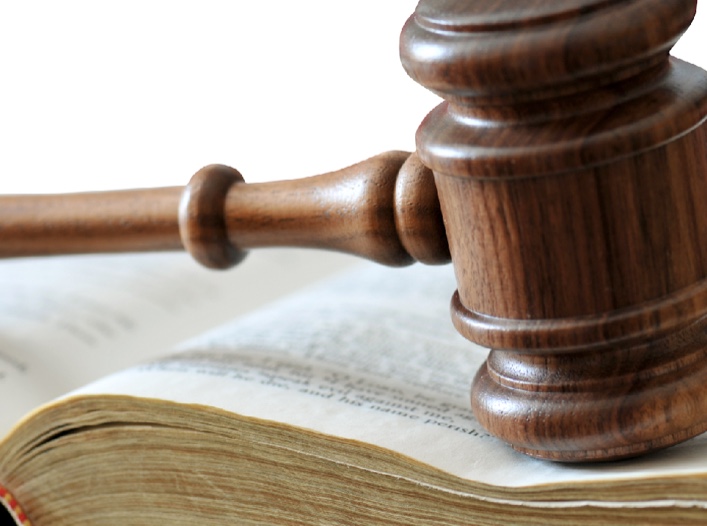 Perhaps the greatest demonstration of governance in the Old Testament is seen in Moses’ step-father, Jethro’s advice to Moses as the leader of God’s people; “Now obey my voice; I will give you advice, and God be with you! You shall represent the people before God and bring their cases to God, and you shall warn them about the statutes and the laws, and make them know the way in which they must walk and what they must do. Moreover, look for able men from all the people, men who fear God, who are trustworthy and hate a bribe, and place such men over the people as chiefs of thousands, of hundreds, of fifties, and of tens. And let them judge the people at all times. Every great matter they shall bring to you, but any small matter they shall decide themselves. So it will be easier for you, and they will   bear the burden with you. If you do this, God will direct you, you will be able to endure, and all this people also will go to their place in peace.” (Exodus 18:17-23).

This is perhaps the first time we see delegated authority with respect to the governance of God’s people.  Joshua replaces Moses and the judges replace Joshua and Israel becomes more idolatrous and corrupt under sinful human leaders.

We see a new form of government emerge when Israel looked at all the nations around about them and demanded from Samuel for a king.  Samuel, disappointed, takes this to God, who says to him, “they have not rejected you, but they have rejected me from being king over them” (1 Sam 8:7).  In spite of the rejection of God as their King, God gives them a human king in the person of Saul, then David, then Solomon who was the wisest king so far under whom Israel’s covenant is renewed, the temple is built, the borders are extended and Israel flourishes.  But he, too, is a sinner and is led by his many wives to idol worship.  At the death of Solomon, Israel splits into the southern kingdom (2 tribes) and the northern kingdom (10 tribes) which is eventually led away into captivity into Assyria (722 B.C.) and the people lose their identity and worship and become the Samaritans of Jesus day.  The southern kingdom first becomes subject to Egypt and then is taken captive to Babylon but later restored back to the land in 538 B.C. The old kingdom of Israel governed by God through prophets, priest and kings is all but gone until the birth of a new Supreme King in Bethlehem.

Graham Goldsworthy, in his book “Gospel and Kingdom,” helpfully identifies various stages of governance (or rulership, or Kingdom Kingship) in the Old and New Testaments (adapted  below);

It will also be noticed from Scripture and history that governance in the hands of human beings is always prone to failure because of sin.  Therefore God has set His own Son as Head of the Church (Eph 1:22; Col 1:18).  But Jesus is not physically here, so what are we to do?  Today, right now, Jesus governs His people directly by His Holy Spirit (Jn 14:16, 26; Jn 16:13) who is also called the Spirit of Christ (Rom 8:9) according to His Holy Word (Jn 17:17).

And what specifically has Jesus said as to how His church is to governed today?  A helpful brief description is given as one of our Baptist Principles; We as Baptists believe in…

“The DIRECT LORDSHIP OF CHRIST over every believer and over the local church. By this we understand that Christ exercises His authority over the believer and the local Church directly, without delegating it to another.”

This is huge — God still desires to and actually does govern His people directly both individually and corporately!  Put another way, there is no need for anyone to stand between you and God, either in atoning for your sin, or in seeking to govern your life or in telling you what He wants to say to you.  If you are a believer, then God has atoned for your sin already in the person of His Son (1 Pet 3:18), He governs your life already by His own wisdom and sovereignty over all things (Rom 8:28) and He leads you by the Bible spoken by His Spirit (2 Pet 1:19-21; Heb 2:1; 1 Jn 2:27).

“The CONGREGATIONAL PRINCIPLE, namely that each member [that is a regenerated baptised believer] has the privilege and responsibility to use his/her gifts and abilities to participate fully in the life of the Church. We recognise that God gifts His Church with Overseers (who are called Pastors or Elders) whose primary function is to lead in a spirit of servanthood, to equip and provide spiritual oversight, and Deacons whose primary function is to facilitate the smooth functioning of the Church. This principle further recognises that each member should participate in the appointment of the Church’s leaders, and that the constituted church meeting, subject to both the direct Lordship of Christ and the authority of Scripture, is the highest court of authority for the local Church.”

The appointment of the church’s leaders by the church and the first signs of the distinctive roles of elders and deacons are found in the Acts 6 and further clarified in the sections on elders and deacons found in 1 Tim 3 and Tit 1.  We find further indications of the role and responsibility of the whole congregation in discipline (1 Cor 5:4-5), in judging the biblical correctness of the preaching and teaching that a congregation hears (Gal 1:6-9) because every member is responsible to make sure that God is honoured among us by having the word rightly preached.

Does this mean that every local congregation is a democracy?  No.  Every church should be a ‘Theocracy’ with God (Theos) governing (kratos) and filling the life of the believer by His Holy Spirit who as a member seeks to discern (not decide) together what God would have them do as a body for Jesus has said, “My sheep hear my voice, and I know them, and they follow me” (Jn 10:27).  Thus, prayer is a crucial part of hearing and discerning and agreeing together (Acts 2:42-47).

Another crucial part is giving to the work and governance of Christ in the body — that God who governs our lives, governs our purses also.  And not just our money but our time and talents all gifts of service, which involve baking, repairing, painting, transporting etc. In this way, the Lordship and governance of Christ is enhanced by lavish demonstrations of love for Christ by the members of the body.

Neither do we have a state governed church, but a Christ-by-Word-and-Spirit governed church.  This the members of the church must safeguard to ensure that the Evil One is not given a crown, a pulpit or a finger in the local church.

This is why is it crucial that people first come to faith before they are become members of a local church and ‘have a say’ and a vote in the church meeting.  If the unsaved become members, then certainly Satan will govern God’s church.  It is for this reason that people who claim to have come to faith, should be interviewed to assess the authenticity of their conversion story (as best they can listening for the signs of the work of the Spirit in repentance and faith), should be tested for signs of the fruit of the spirit (Gal 5:22-23), and for signs of obedience to the Word of God (Jn14:21).  Thus, most Baptist churches require that new believers first be obedient to God’s command and be baptised (Acts 2:38; Jn 3:5; Mt 3:13-15 ) prior to joining the church in membership.  This is both biblical and wise, in my estimation, providing time to assess a believer’s profession of faith by their good deeds because ultimately the church does not baptise believers but professing believers and therefore every measure of caution and certainty should be exercised.