An interview with Rev Angelo Scheepers, General Secretary of the Baptist Union of Southern Africa

An interview with Rev Angelo Scheepers, General Secretary of the Baptist Union of Southern Africa 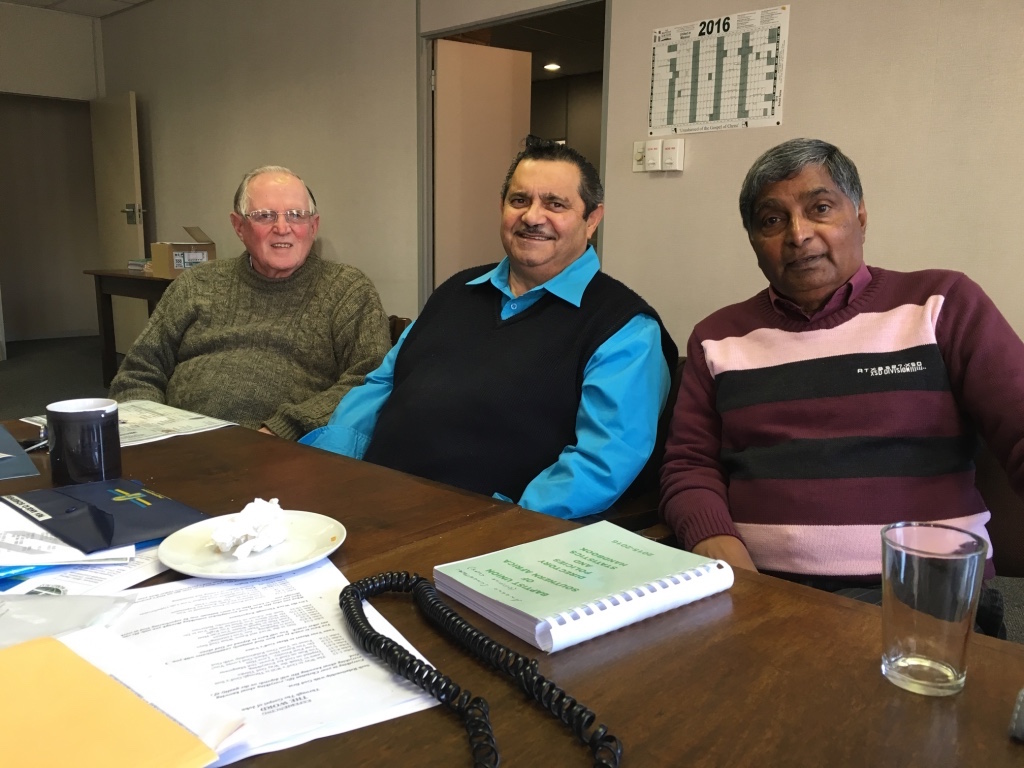 Q: Angelo, the Working Group has put forward their white paper in terms of recommended restructuring that the Baptist Union (BU) should undergo. In light of your position and years working with Baptist Churches, I’m sure you have some insight and can predict the feasibility of the outcome of this restructuring. How do you see all this working out?

A: The task has been a very difficult one since the Union is very complex in nature. The BU Working Group has done an excellent job up to now, but there are still some issues that need to be carefully thought through and clarified. For example,

In response to your question about predicting the feasibility of the outcome of this restructuring, I believe that there are two major factors that are key to it being accepted:

Two of the big challenges that the Executive/Working Group needs to deal with before the forthcoming Assembly are:

Q: There are so many new network groups which are very appealing to Baptist pastors. What changes do the Union and Associations need to make in light of these?
A: None. The Associations would simply need to recognise them. They will have to be networks recognised by the Union with a distinction between formal and informal as previously mentioned.

Q: Do you think then that the Union will recognise the likes of ‘Acts 29’?
A: I must confess that I don’t know ‘Acts 29’. I would say that if a network is in conflict with our distinctives and objectives as a Union then there would be some question marks.

This is a challenge and the Theological Forum to be appointed at the Assembly will be seriously looking at the matter and the recommendations of the Executive Task Team that has been doing some preparatory work.
I believe the exercise is a meaningful one, but could be a hot potato in terms of unity. Our task as an Executive is to help maintain the unity of the body. This is always a challenge. The strength of the Union has been our unity in diversity, believe it or not! A number of delegates who have returned to Assemblies after a long absence have remarked that they are amazed to see how we’ve got the demographics right, especially with regard to cultural representation at Assemblies.

Q: You are in the wonderful position of seeing a lot of things having changed in the BU. Looking back, what are the big changes that you have seen?
A: One of the biggest changes I have seen which is very obvious, is how the once former predominantly White city and suburban churches are undergoing change in two areas, namely young adults, youth and children. In most of these churches, the bulk of the youth and children are from the Black community. What is concerning is that the leadership of these churches has not adapted to the changing situation. We don’t see cross-cultural church leadership at the pace that is required.
An increasing number of the upper and middle class Black professionals grew up in the townships and the township/rural churches invested in their spiritual life as well as their development. A number of these have now joined financially stable churches in the city and suburbs and are no longer supporting the township churches that invested in them. The result is that the suburban churches are becoming wealthier and the township churches are becoming poorer.
Today, the cost of theological education is the same for all. All students make the same sacrifices and are required to pay the same fees. An increasing number of our Black graduates no longer want to minister in the township churches but rightfully seek ministries that provide equal pay for equal work. Hence, a number opt for ministry within the various government chaplaincies where they are recognised and paid as equals.

The apparent failure to recognise and provide space for refugee churches within the Baptist Union, its Associations and local churches is a concern. We are going to see more and more immigrant churches arising.

Q: What changes do you expect to see in the future? What is the future of the churches and the Union of Baptist churches?
A: That depends on the decisions we make. We must not make decisions in a hurry. The decisions we take are key. The big weakness of our current government is a lack of consultation. It changes leaders without consultation. Look at the result. It does what it thinks is right, not what the people think is right. We can make the same mistake even as a Baptist Union Executive. We must listen to our constituency. Any future thrust must be well- researched and embarked upon with caution. We must not rush any decision without thinking through all the implications. What we need at this Assembly, and we have given about half a day to it, is intense debate and we need to have all the role players in the discussion so that the Assembly realises that, for our complex Union, change is no plain sailing exercise.
The Working Group has very wisely recommended a three-year phasing in and phasing out period for the new direction.

Q: Angelo, do you think there is enough time carved out for the necessary discussions for the churches to have at this Assembly?
A: We have planned for a half a day of discussion since there are a number of issues that need to be addressed at this Assembly. Every Department wants a prime slice of the Assembly’s time since the Assembly is the only shop window for the BU and its national ministries. However, if the need arises, we will need to adjust the programme to allow for more time. I believe, if the time given, is well planned we could receive maximum input. The WPBA recently held the Parow Consultation, at which 80 pastors/church leaders from 47 churches were present. The Consultation took place from 09h00-12h00. They achieved their objectives in that time and the outcome was phenomenal.

Q: If you were to take a call to pastor a local church, what would you concentrate on more than you have in churches in the past? What advice would you give to pastors in terms of pastoring churches in these days of drug abuse, marital failure and pastoral pressure?
A: With all the challenges facing the local church today it is not easy to be a pastor. The pastor needs to be well equipped and prepared to address the issues you have cited. His own marrage and family life needs to be an example to the flock.
What is the biggest need of the hour? I think the biggest need of the hour is for authentic, godly pastors. If you are such, things will find their rightful place. You need to be authentic, and deal with past baggage before entering the pastorate..You will require boldness to stand for what is truthful and right according to God’s word. We should strive to be God-pleasers rather than man pleasers. In this day and age, you can’t please everybody and you’re going to have to stand for what is right. This is needed, for instance, in terms of cultural and racial integration

Q: Angelo, we are, as an Association, pushing fraternals in a big way because we believe a healthy church with a healthy pastor is where we want to be.  How do we get that?  By putting guys of integrity next to other guys who need integrity is very helpful and when you do it in an informal way … (we’re not putting formal requirements in place).  We’re saying, for the sake of your brothers, you need to meet together.  We are pushing pastoral attendance at fraternals and with respect to the churches, it’s our primary push.  Your comments, please.
A: I agree and would strongly support the idea of pushing attendance at pastoral fraternals. Relationships are important in the day and age in which we find ourselves. So is the issue of pastoral accountability. We all need accountability and all need mentors. We are our brother’s keeper! Even I have two mentors who walk alongside of me and coach me. Unfortunately, there are a number of ‘Lone Ranger Pastors’ out there who don’t recognise the need for pastors fraternals or pastoral accountability.